The operation of a paintball gun is releasing compressed air to push a paintball out of the gun. A paintball contains a gelatin substance wrapped by a wax-like outer shell. The velocity when the paintball comes out of the barrel would decide the distance it will go.

How far can a paintball gun shoot? We will help you solve the question with aspects of effective range, safe range, and absolute range.

How Far Can A Paintball Gun Shoot? 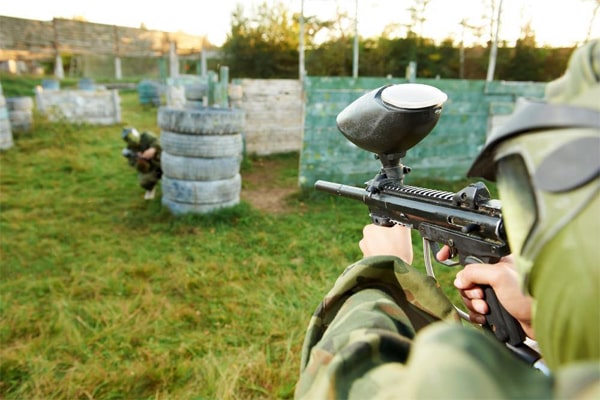 The first matter is the effective range of a paintball marker. The sport has a balance point that it has to gain. A paintball should be tough enough that it flies out of the barrel without damaging. And it is also breakable enough that it can burst when it hits the target.

The consequence of the balance point is that a paintball would not break if it does not move at a particular speed. In reality, it means that if you shoot a paintball at a very long range, close to the endpoint of its trajectory, the speed would slow down so that it would not burst even if it hits the target.

If you enter the back of paintball fields, it is inevitable to notice undamaged paintballs that players shot too far and these paintballs purely dropped at the ground in intact status.

The effective range of paintball guns relies on the type of paint and the style of protection gear (softer gear can prevent a paintball from breaking) but is normally from 80 to 100 feet. 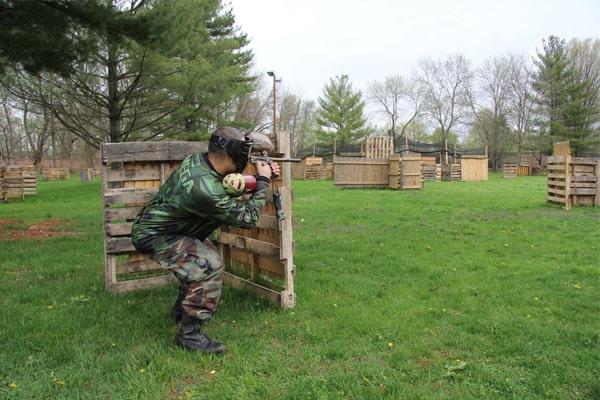 The second thing that you need to consider is the safe range. The construction of a paintball gun is quite sophisticated: it must shoot the paintball fast enough that it can break as it exposes to the target, but not so fast that it would leave the opponent painful with bruises and welts.

The safe range merely answers the query: “How far can paintball guns fire without triggering hurt”? Safe range is different from effective range since effective range just deals with whether paintballs would break, but not wound or hurt.

The most popular cap on the speed of a paintball gun is 280 feet per second (fps). If you direct a paintball marker a bit upwards and lob a paintball to the target, the maximum distance will be 100 yards. 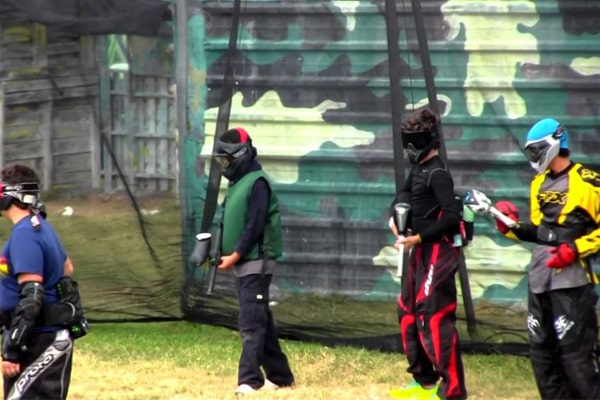 Let’s suppose that you don’t care about hitting the opponent too strongly or don’t need paintballs to break. Instead, you simply want to fire paintballs as far as possible. Then, it comes with absolute range.

To achieve absolute range, you need to look for the toughest paintball available that is the least impossible to burst. Next, you will speed up the paintball gun so that it can shoot as fast as it can.

In theory, if you keep finding a tougher and tougher paintball and consistently multiply the speed, you can fire an indefinite range. In reality, though, it won’t work as a paintball gun normally has a maximum fps that it will ever be able to fire in case you remodify the paintball marker.

With the variants on maximum velocity, paintball markers would have different absolute ranges, still, some markers can shoot the longest distance of 150 yards. 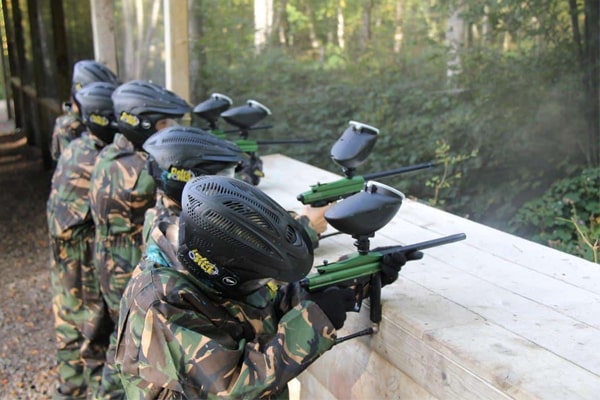 As most paintballs, regardless of the type of guns, are controlled by the same physical principles, either different paintball markers or different barrels will not increase the distance if they shoot the same velocity, unless they modify the way of shooting paintballs.

Changing the rotation of paintballs

The first method to boost shooting range is changing the rotation of paintballs. Let’s take an example of a rifle, precision and distance are enhanced when you rotate paintballs perpendicularly to the field that forces the ball to spin.

Paintball producers have examined similar rifles, but it has shown ineffectiveness, given that enough depth of grooves to spin the paintball would also cause it to break in the barrel (it is not a problem with a firearm).

Paintball producers have made the Flatline barrel and Apex barrel which set horizontal rotations on the ball. In particular, by offering the ball with a backspin, it can boost the shooting range that the paintball gun can fire.

Despite that, it has done nothing to improve the effective range of the paintball marker: the ball may be shot further, but it possibly makes the ball bounce, instead of breaking if it is longer than 100 feet.

Changing the shape of paintballs

The second solution to improve shooting range is changing the shape of paintballs.

First Strike rounds are paintballs that look more like bullets with fins (the nose is first, the fins are at the rear). The fins will manage and spin paintballs as they fly through the air. The First Strike round is an improved paintball projectile used to fly straighter and farther than normal.

The spin helps the ball to be much more balanced in the air and then fly further and more precisely which leads to a longer distance of the shot.

Additionally, First Strike rounds are much more expensive than normal balls and can be up to one dollar for each round. The round should not be combined with Flatline or Apex. The effective range can be up to 200 feet and the absolute range can achieve 200 yards.

Now, you know that there is no specific answer for how far a paintball gun can shoot. Still, the aforementioned ranges can support you to have a greater opinion of an ideal shooting distance.

If you are just a starter, it is best to work with the safe range. Have fun shots, and stay careful!

A real Florida guy, Miller Cathal is a strategist on Nicholas Rabackoff’s team. Ryan is most commonly known for his incredible paintball IQ and ridiculous skills with a paintball gun. Now, he is the author of our articles.